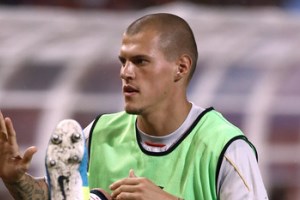 It has been reported that Liverpool have turned down an offer from Napoli for Martin Skrtel.

The Daily Mail claims that the Premier League side have rejected a £10million offer from Napoli for defender Skrtel.

The offer was made on Tuesday night, but was instantly rebuffed by the Anfield club.

Napoli are believed to be preparing an improved offer for the Slovakia international central-defender. The Most Popular Football Slot Machines

Asmir Begovic Has No Regrets Turning Down Arsenal, Chelsea For Stoke Stay