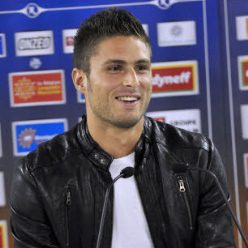 It has been revealed that Liverpool boss Kenny Dalglish has joined the battle for Montpellier striker Olivier Giroud.

The Daily Mail reported that Dalglish and assistant Steve Clarke watched Montpellier’s 1-0 victory at Toulouse on Friday night and were joined in the stands by Arsenal scout Gilles Grimandi and Bayern Munich’s general manager Christian Nerlinger.

Although there were other players on show that have attracted Liverpool’s interest in the past year, including Toulouse midfielder Moussa Sissoko and Montpellier captain and defender Mapou Yanga-Mbiwa, it is understood Giroud was the focus of Dalglish’s attention.