Interesting transfer news are out claiming that Liverpool are interested in Newcastle United midfielder Yohan Cabaye. 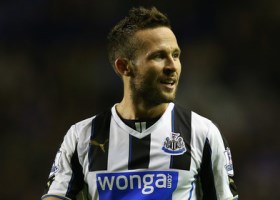 The Northern Echo revealed that Liverpool are set to rival Arsenal for the signing of Cabaye as Newcastle brace themselves for renewed interest in the French midfielder in January.

It is said that Newcastle remain keen to hold onto Cabaye, but reports suggest that Arsenal boss Arsene Wenger has not given up hope of luring the 27-year-old to the Emirates.

Liverpool are also monitoring the situation at St James’ Park in the hope that Cabaye might be persuaded to make the move to Anfield.