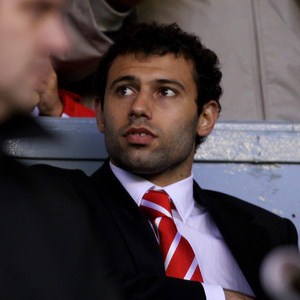 It looks like Liverpool’s bad start to the season is not only in the field but also in the dressing room as reports are surfacing that Liverpool players were furious with AWOL Javier Mascherano’s actions on Monday night.

It is said that senior Reds players were stunned when the Argentina international midfielder apparently refused to play at Manchester City on Monday night.

It was also said that the Barcelona target then trained on his own at Melwood the morning after the 3-0 trouncing.

Newly appointed manager Roy Hodgson revealed last Thursday that he planned to use Mascherano in the crunch match at City but he had to rip up his tactics on Monday afternoon when he discovered Mascherano was in no fit state to play.

A club source said told The Sun: “The manager was thinking of a 4-2-3-1 formation, with Lucas and Mascherano as the holding midfielders.

“The senior players at the club were seriously hacked off with Mascherano on Monday night and that was clear when he arrived back on Tuesday.