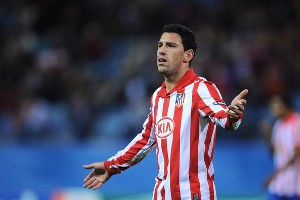 The Reds manager is likely to act in the current transfer window and it seems as though the Argentina international will be the first player to make his way to Anfield as two others look almost certain to depart.

It is believed that Benitez is ready to sell Andrea Dossena and Andriy Voronin after potential suitors came to Anfield for talks with the former being linked with an exchange deal with Atletico for Rodriguez.

The 29-year olds agent Jurgen Milewski said a potential deal for the former Espanyol man is high on the agenda.

Italian full-back Andres Dossena could be going the other way but has also held talks with AS Roma and there has been interest from Napoli whilst Voronin looks set for a £1.5m switch to Dynamo Moscow.