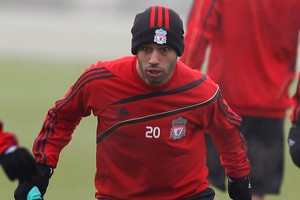 Interesting news are out and it has been reported that Liverpool are making a new two-year contract offer to Javier Mascherano.

It has been reported that Mascherano’s future remained uncertain despite Rafa Benitez’s insistence that he would not sell his enforcer, 25, even if a £50million Barcelona bid came in.

It has been reported now that talks have begun to try and tie the Argentine international down at Anfield until 2014 with a £5million-a-year deal – worth almost £100,000 a week.

Speculations emerged last summer that Mascherano was keen to return to a Spanish-speaking country for family reasons.

His agent Walter Tamer fuelled the rumours by claiming his client was “very proud” to be linked with Spanish champions Barcelona, saying a transfer would be “feasible”.

However there was no transfer window move and Mascherano continued to show the form which saw Argy boss Diego Maradona hand him the armband. Lucas Leiva Wants Liverpool To Bounce Back Against Arsenal