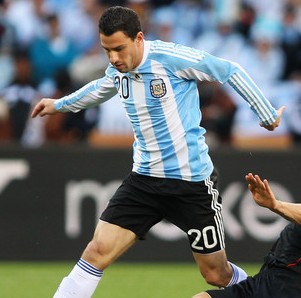 According to El Mundo Deportivo, Liverpool midfielder Maxi Rodriguez is expected to complete a loan return to Espanyol after being told he has no future at Liverpool.

It is said that new Reds boss Roy Hodgson is understood to have told the Argentina World Cup 2010 star he is surplus to requirements at Anfield.

The Player has struggled to make an impression on Merseyside after he completed a £1.5 million switch in the New Year.

The 29-year-old enjoyed a three-year spell at the Barcelona-based team from 2002-2005 and is keen to kick-start his career there.