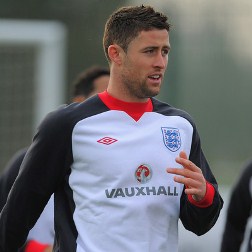 Interesting news are out and it has been revealed that Liverpool are making a late move to trump Chelsea for Bolton Wanderers defender Gary Cahill.

The Mirror has reported that the highly-rated Bolton and England defender, 26, had been expected to join the Blues after a £7milllion transfer fee was agreed this week.

However the bid was threatened by a disagreement over personal terms and Kenny Dalglish is poised to swoop.

Cahill, who is out of contract this summer, is understood to prefer staying in the north.

Kop boss Dalglish is a big admirer of the centre-back who would compete for a place with Daniel Agger, Martin Skrtel and Jamie Carragher at Anfield.