Reports are out claiming that Legendary striker John Aldridge has labeled Liverpool’s upcoming clash against Arsenal in the Premier League as a ‘must-win’. 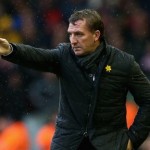 Liverpool’s fine unbeaten run was brought to an unceremonious halt when the Reds suffered a disappointing 2-1 defeat at the hands of rivals Manchester United at Anfield on March 22.

The defeat has proven to be a huge blow in the Reds’ Champions League aspirations as they have now fallen five points behind United in the race for fourth spot.

While Liverpool still stand a chance of finishing in the top four, they cannot afford any more slip ups and ex-striker Aldridge has reiterated this fact by stating that his former side simply need to win their upcoming game against Arsenal at the Emirates Stadium this weekend in order to keep the Champions League dream alive.

Writing in his column for the Liverpool Echo, Aldridge said: “Back to business for Liverpool on Saturday, and they simply have to get a result at Arsenal. In normal circumstances, you’d say a point at the Emirates is a decent return, but with Manchester United at home to Aston Villa, you have to expect they’ll pick up three points, and if we don’t win, a gap of seven or eight points would surely be too big.

“It’s not going to be easy, Arsenal are not a bad side at all and they do well at home. But Monaco showed they can be beaten, and I don’t think this Gunners team is as strong as some of the recent ones. I don’t think it’s a great league in general, to be honest. Liverpool have got to go there to win. They’re capable of it.”