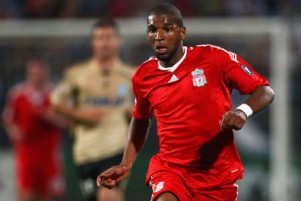 Premier League transfer news are out and it has been reported that Liverpool have slapped a £12 million price-tag on winger Ryan Babel.

Local newspapers have reported that Liverpool have turned down a £9million bid from Birmingham for Babel.

It is believed that the Anfield club received the offer last night, but immediately insisted that the price falls well short of their valuation of around £12million for the Dutch international.

The Liverpool forward is keen to leave Liverpool, after making clear his frustration at a lack of first team opportunities since his arrival from Ajax two years ago.

However Liverpool manager Rafa Benitez is desperate to recoup the £12million he paid for Babel, and the player himself is still keen to move to a club with Champions League prospects.