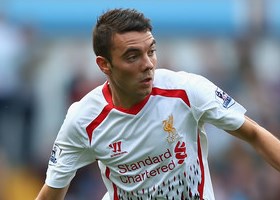 Bad news for all Liverpool fans as striker Iago Aspas has been ruled out for around six weeks after tearing a thigh muscle in training.

The 26-year-old, who joined the Reds from Celta Vigo in June, is expected to return to action early in December.

Aspas suffered the injury during a training session at Melwood on Thursday and was then assessed by the club’s medical staff.