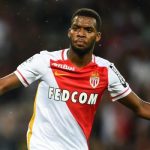 Reports have emerged claiming that Liverpool have opened talks with Monaco for Thomas Lemar.

The 20-year-old has caught the since moving to the Ligue 1 club from Caen last summer, notching five goals and three assists.

As such, his performances are reported to have attracted interest from Manchester City, Atletico Madrid and Bayern Munich.

L’Equipe says the Merseysiders have made the first move by contacting Lemar’s representatives over a possible move to Anfield.

Monaco are believed to want a transfer fee which mirrors that paid by Manchester United for Anthony Martial last summer, meaning the Reds may have to surpass the club-record £35million paid for Andy Carroll in 2011.