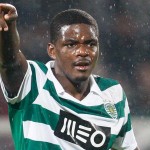 It has been revealed that Sporting CP midfielder William Carvalho is a target for Liverpool.

A host of the Premier League’s top clubs will battle it out to sign the defensive midfielder, who has been more closely linked to Arsenal.

But the recent report insists that the Reds are still keeping tabs on Carvalho, along with Chelsea, Manchester United, Roma, PSG and Monaco.

Carvalho has reportedly been offered a new deal at Sporting and his release clause could rise to €60million as a result.

In June last year, Carvalho admitted: “My dream is to play in England. I know some clubs are interested, but my agent Jorge [Mendes] is looking after it and I am relaxed.”