Reports have emerged claiming that Liverpool have stepped up their interest in Real Sociedad winger Antoine Griezmann. 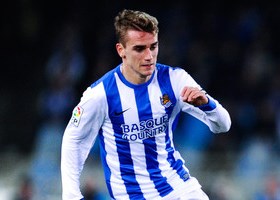 The Daily Star reported that Manchester United and Arsenal have been linked with the playmaker this season but reports in Spain say a team from Liverpool have been sent out to cast their eye over the player.

Liverpool’s surprise success this season has forced them to re-evaluate their transfer targets as they plan for a title assault as well as the rigours of Champions League football next season.

Griezmann is contracted with Sociedad until 2016 and is thought to have a buy out clause of £26m.