It has been reported that Liverpool boss Jurgen Klopp is shopping in Italy for a new midfielder. 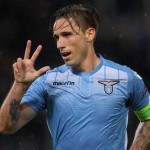 Rumours suggest the new Liverpool coach will try to strengthen his squad once the window reopens in the New Year, and he will be following a number of players with the intention of bringing them to Anfield.

Biglia was linked with Liverpool during the summer and, in the coming weeks, he, along with Saponara, will be assessed by English scouts.