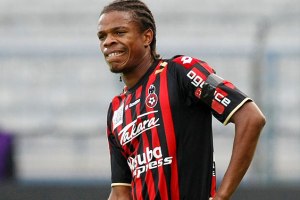 Interesting transfer news are out and it has been reported that Liverpool are moving to trump West Ham United for Nice striker Loic Remy.

According to The Daily Mail, newly appointed Liverpool boss Roy Hodgson wants to move quickly and snap up the Nice youngster in the next few days.

West Ham have been pursuing the 23-year-old for several weeks, but they have failed to agree a fee with the French club.

New Liverpool manager Hodgson wants Remy to sign before the deadline for the Europa League.