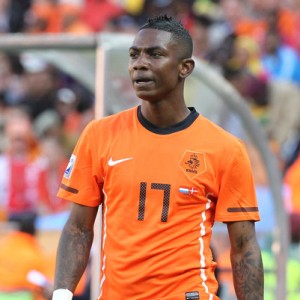 According to The People, Elia, a member of the Dutch World Cup squad in South Africa, is desperate to leave Hamburg and Liverpool’s director of football strategy, Damien Comolli, hopes his good relations with the German side can help broker a deal.

It is said that the Bundesliga club want around £5million for the player, who is rumoured to be the subject of two offers from Italian giants Juventus. Liverpool would take Elia on loan or on a permanent basis, but their valuation is far closer to £3m.

Former Reds boss Rafa Benitez was interested in taking Elia to Anfield during his reign, but a deal could not be struck.

Now, though, manager Roy Hodgson and Comolli are more confident a deal can be done when the January window opens.