It has been revealed that Liverpool legend John Aldridge feels his old club should send Victor Moses back to Chelsea.

The 23 year old Nigeria international has struggled for minutes since his loan switch. 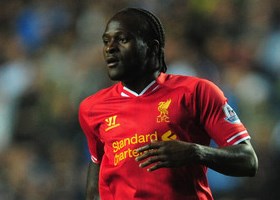 Aldridge said in an article for the Liverpool Echo : “I don’t know whether Chelsea would agree to take him back as they’ve got a big squad but it might be in everyone’s best interests if the loan is cancelled,”.

“If Moses wants to stay at Liverpool until the end of the season then he needs to buck his ideas up. He’s in a precarious position.

“The Nigeria international could have no complaints about being hauled off at half-time of Sunday’s 2-0 win over Oldham.

“He looked completely disinterested in that opening 45 minutes and gave the manager little option.

“There was no desire, no spirit. Maybe he’s lacking a bit of confidence or maybe he’s just unhappy because he’s played so little recently.

“When Moses arrived I thought he would be a decent acquisition. He talked about wanting to nail down a place at Anfield but to achieve that you need to deliver on the pitch and he hasn’t done that. He has let himself down.”