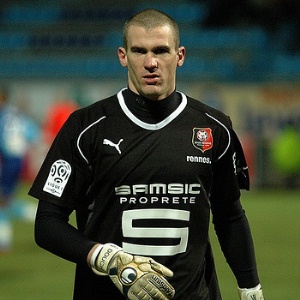 L’Equipe has reported that Liverpool sent scouts to check on the 30 year old in Saturday’s 2-0 defeat to Brest in Ligue 1.

Douchez will be out of contract on the summer and will be free to join any club at the end of the season.

The Reds are already snapping up Douchez’s team-mate Sylvain Marveaux when his deal runs out and Douchez could well be next on the Anfield side’s list.

Aston Villa boss Gerard Houllier made an attempt to snap up Douchez last month and is also maintaining interest.