It has been reported that Liverpool are keeping tabs on Sevilla midfielder Ivan Rakitic. 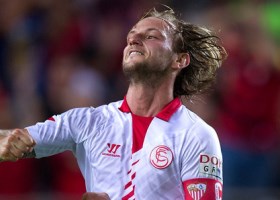 The Croatia international has struck nine goals already this season from Sevilla’s midfield.

Estadio Deportivo reported that the Premier League club have made their interest known to Sevilla and Rakitic’s camp.

With the midfielder now inside the final two years of his current deal, Sevilla must decide whether to sell in 2014 or offer him new terms. Liverpool to sell Martin Skrtel to Arsenal for £11m