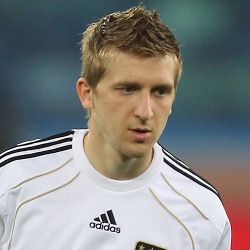 Interesting transfer news are it and it has been revealed that Liverpool are eyeing Werder Bremen star Marko Marin.

The Mail on Sunday revealed that the Anfield club made an unsuccessful move for Marin last summer, but hope a figure of £12million will be enough to persuade the club to part company with the Germany international.

The German international, now age 22 – who is also being tracked by Tottenham – made two appearances for his country at last summer’s World Cup.

Brazil President : Ronaldinho Does Not Deserve To Go To World Cup