Reports are out claiming that Liverpool boss Brendan Rodgers is considering alternatives to No1 striker signing target Christian Benteke. 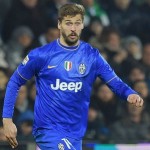 The Mail on Sunday reported that Liverpool want Villa to give them an indication they will be prepared to drop their asking price from the £32.5million buy-out clause.

Rodgers now has to decide whether to revive his interest in Juventus forward Fernando Llorente who would be cheaper at around £10m but at the age of 30 is older than players that owner John W Henry usually pays transfer fees for.

The Liverpool boss is also an admirer of Manchester United’s Javier Hernandez but the history between the two clubs makes that signing virtually impossible. No player has moved between them since the 1960s.