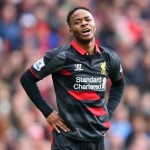 It has been reported that the Professional Footballers’ Association (PFA) have released the six nominees for this season’s Young Player of the Year award.

Liverpool forward Raheem Sterling and Chelsea goalkeeper Thibaut Courtois are two of the six names which have been nominated for the best player under the age of 23 for the 2014/15 season.

The latter four have also been nominated for the PFA Player of the Year award which was last season won by Luis Suarez.