It has been reported that the League Managers Association have published a report revealing the wage gulf between Premier League and Football League managers. 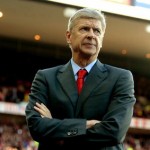 But both salaries pale in comparison to the average wage in the top-flight, which currently stands at a whopping £3million-a-year. Marouane Fellaini Confident Of Proving Himself At Manchester United