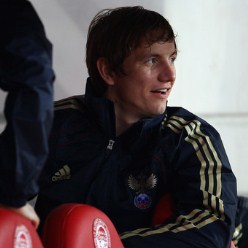 The Daily Mail reported that the Russian club have re-entered the race to sign the 30 year old Tottenham striker.

It is said that Lokomotiv club have already had a £6.5million bid rejected for the Russian international but have formally submitted a new bid, believed to be worth about £8m.