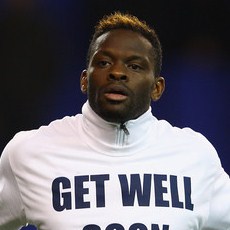 Louis Saha feels Tottenham are capable of going a run which he thinks could end with his team beating their north London rivals Arsenal to third in the Premier League.

“It is football, with lots of paradox and things can quickly change,” said Saha.

“Arsenal have had a run so they are confident. They are in the front seat, they are in a good position but it doesn’t mean we cannot do the same.

“We have shown consistency during the season. We may have dropped a few points during the past weeks but we have shown that we have closed the gap in terms of our performances.”