It has been reported that Manchester United manager Louis van Gaal has admitted that his side were too slow during their 1-1 draw against CSKA Moscow on Thursday night. 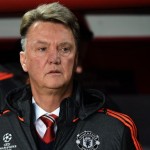 United’s indifferent form in the Champions League continued after they could only manage a draw in the Russian capital despite enjoying the lion’s share of possession.

The Red Devils clearly did not perform to their best during the clash and van Gaal has gone on to state that his side’s slow tempo was to blame behind their poor performance.

Van Gaal said: “The tempo was too slow in my opinion; I said that at half-time and the need to improve our tempo and switching the game from side to side.

“We played a little more with the pressing tactics in the second half, which is why I changed with Fellaini. We were too slow in the first half, not just Schweinsteiger, the whole team.

“We did that better in the second half than the first half. We created more chances and could have won, but I think it is a deserved draw.

“I cannot complain about the spirit of my team. We started bad at Arsenal, 3-0 behind, but which team can play like we have?

“We were 1-0 behind after a present of a goal, against a very organised team, but I only saw spirit towards the end and I am very proud of my players.

“I am always honest, I say it to my players and I can say it to you when I am disappointed, but we have done everything to win every game.”