It has been reported that Manchester United boss Louis van Gaal insists Angel di Maria will fit into his system. 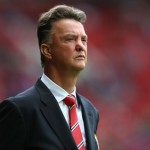 Questions have been asked of Van Gaal’s tactics, notably his 3-5-2 formation, and consequently where the Argentine international would fit into that.

Van Gaal said: “I only buy players that can improve our philosophy so I have spoken already about his way of playing in the interests of the team.

“He can accelerate our play and our style of play but he fits in our philosophy.

“But what he can do more than fit in our philosophy, is I can change the system for him and maybe I shall do that in the future, like I have already done against Swansea City.

“He played at Real Madrid not only as a wide wing player but also in midfield so that is also a reason why we are convinced he shall succeed.”