It has been reported that Manchester United boss Louis van Gaal has defended their style of football. 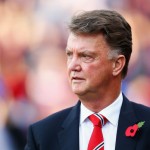 The Dutch tactician said today: “I think we have attacked 85 mins of the 90 [CSKA] so we have given a lot of entertainment. It is about the goals.

“It is difficult to disorganise the teams with 10 men behind the ball. If two teams attack it is easier.

“The fans have to support the players, otherwise they make it very difficult for the players to play at Old Trafford. But, until now, they have been fantastic.”

Van Gaal also says the fans should jeer him if they’re unhappy and not the players.

“It’s very difficult to play for Manchester United with a lot of pressure and when you can taste that in Old Trafford because of all the yelling, then it’s not good for all my players.

“It’s better to whistle at the manager. I can cope with it because I have had a lot of experience in it as my life as a manager.”