It has been reported that Manchester United boss Louis van Gaal is demanding their lucrative summer tours be pulled back. 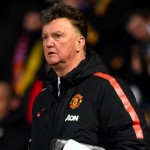 The People reported that the Dutchman is on the brink of a spectacular victory by insisting that the traditional summer tour is done HIS way.

Van Gaal will take his stars to the USA in July but they will play three games on one coast only – not on both coasts like last year.

The United boss has told the Glazer family, who own United, that he wants a major tilt at winning the Premier League title next season and needs to cut back on the summer itinerary.

Van Gaal was horrified at the number of games and coast-to-coast travelling that United’s stars had to endure when he took over last year.

The details of this year’s tour have been thrashed out in the last few weeks and the final draft is on Van Gaal’s desk waiting to be signed off.

United’s money men want an extensive cash-spinning tour, with some games worth up to £2million from receipts and TV rights.

United played in front of the biggest ever football crowd in the US – 109,318 – last August when they beat Real Madrid 3-1 in Ann Arbor, Michigan.

But Van Gaal vowed that while he is manager he won’t allow his players to be subjected to an excessive number of pre-season games.