It has been reported that Manchester United boss Louis van Gaal has held clear the air talks with his players. 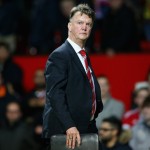 The Sun says he has held team meetings in recent days in a bid to revive his team’s flagging season.

Van Gaal has staged meetings with his players, with skipper Wayne Rooney leading a call for his team-mates to get back to winning ways over the next few games.

The Dutchman’s immediate future could rest on the Boxing Day result at Stoke City.

Van Gaal is set to face an uncomfortable press briefing at 3.30pm on Wednesday, with his fate as United manager likely to be a subject of huge debate in the final days of 2015. REVEALED : Man Utd Do Not Have Buy-Back Option On Paul Pogba