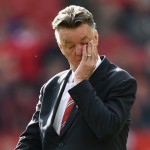 The 30 year old is a former United junior.

“He’ll probably tell you he might want to bring in one or two more. It’s a transitional period and he wants to have his own stamp on things so you have got to always give the manager time.

“He’s got a good pedigree and has done well at every club he has been at before. I don’t see any reason why he won’t do well at United.”