It has been reported that Manchester United hero Andrei Kanchelskis has slammed Louis van Gaal for selling Robin van Persie. 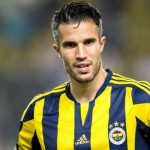 The former Arsenal striker left for Turkish side Fenerbahce after scoring 10 goals in 29 appearances for the Red Devils in an injury-hit season.

Kanchelskis told Sport Express: “Let’s say, he did not have a good season.

“But nobody shone until the end of the season from those who played in Brazil at the World Cup last year.

“Even Lionel Messi was exhausted, as well as the Germans. How could you let go of such a player?” Man Utd Expected To Complete The Signing Of Ander Herrera

Fletcher : Manchester United Is Strong Enough To Win The Title!