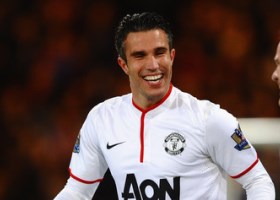 Van Gaal has revealed that the former Arsenal striker has been hit by a virus.