Reports are out claiming that Louis van Gaal was not entirely pleased with his Manchester United sides win over Burnley on Wednesday night. 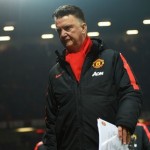 The Red Devils defeated the Clarets 3-1 at Old Trafford but it wasn’t all smooth sailing as the visitors produced 10 shots on goal to just three in the first half.

Defensively, United were well below par yet again and in attack had to rely on a pair of headers from center-back Chris Smalling and a late penalty from Robin van Persie to get over second-bottom Burnley.

In the wake of the win, van Gaal was happy to win but admitted the performance of his United team was not up to scratch.

“I don’t like this performance today,” he told Sky Sports.

“Of course we have won and the result is fantastic but in the process that we have, we are not going up.

“After this match you cannot say we are going up. I want to progress every match.”

But van Gaal felt the nature of this win shows his team has a rare quality to produce positive results when they are not at their absolute best.

“We were indeed not so good today and when you win, what can you say? When you’re playing bad and you win the game, we probably have a good team,” he added.

The win saw United move back to third position on the Premier League table, shifting ahead of Southampton, who drew 0-0 at home with West Ham United.