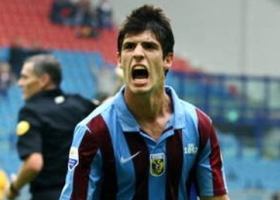 The 19 year old Brazilian attacker was reassured by Jose Mourinho in the summer that his time in Arnhem would be beneficial and he is focused on performing to the best of his ability.

Asked about being loaned out, Piazon is quoted as telling UOL: “I think it’s normal. It’s hard for a player of my age to play at a big team.

“Chelsea’s directors are always in touch with me and my family. I know that in order to improve I need to play for those smaller European teams.

“I hope to play for Chelsea as soon as possible, but that is up to me too, up to my performance here. I have to stay a year here and do my best.

“During the pre-season, he (Mourinho) said the kids would be loaned out as the squad was too strong and too big.

“It’s actually better so that we can play most games. But he talked with me and assured me it would be good for me.”