Luis Figo : I Wish To Have Played For Jose Mourinho! 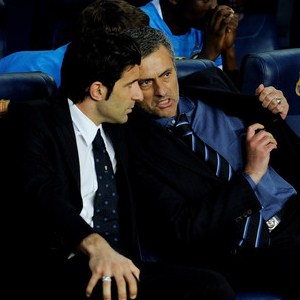 Football legend Luis Figo has admitted that he wished he had been coached by Real Madrid boss Jose Mourinho.

The former Portugal international also declared that the Liga title will be decided between Real Madrid and Barcelona.

On Mourinho, Figo said: “Mourinho is a great communicator, a great coach, a person who is honest with his locker room and with his players and a coach who is a winner … a serious person.

“Mourinho is someone I needed when I was playing for Real.”