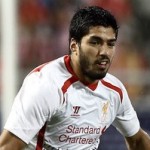 The Gunners believed their £40,000,001 offer would activate a release clause but the Professional Footballers’ Association have since backed Liverpool’s interpretation of that bid as merely a starting point for negotiation.

Purslow told the London Evening Standard: “What’s unusual about this case is there seems to be significant confusion between the player and the club as to whether he did or didn’t have such an escape clause. Yesterday it became clear that he did not have a clause, so I suspect he’s pretty unhappy with his agent who got that wrong a year ago.

“I also suspect Arsenal are unhappy because they’re a club who do their business extremely properly and professionally and they will have been made aware by intermediaries acting for the player that he thought such a clause existed.

“They will have done the right thing which is make a written offer to Liverpool. They may have spent a lot of time thinking if they were to make an offer at that level they would be securing a player. This is not something one does on a whim. I suspect Arsenal have been planning Luis Suarez as their main signing for some time and to discover such a clause is not valid and doesn’t work runs the risk of seriously wasting their time as well.”