It has been reported that PSG striker Edinson Cavani has warned England fans that Uruguay teammate Luis Suarez will want to silence his detractors at next summer’s World Cup. 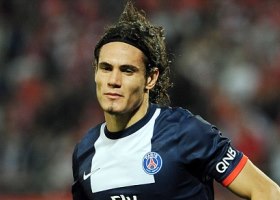 The former Napoli striker rates the Liverpool star the best in the world “right now”.

“Luis Suarez is very familiar with this England team and his experience in the Premier League will help us beat them. He has nothing to prove to anyone but for what the English media have inflicted, we look forward to silencing his critics,” warned Cavani.

“For me he is the best striker in the world right now and I’m sure he will retain his present form to the World Cup.”