It has been reported that Liverpool striker Luis Suarez has denied suggestions that there is a clause in his contract that enables him to leave for Real Madrid or Barcelona. 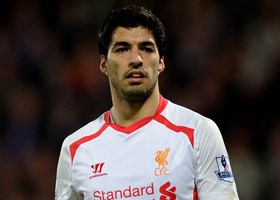 At a sponsor’s event for 888 Poker, he was then asked if there is a clause in his contract that allows him to leave for Madrid or Barcelona. Suárez replied: “No, no, not as far as I am aware. There is no clause that suggests a priority for a specific team.”

What do you do when you see reports about you moving? “I turn the page … you know what the press is like, how they speculate, and you try to not take any notice. I know what I want. My agent tells me what’s there and what’s not. It’s more speculation than reality.”