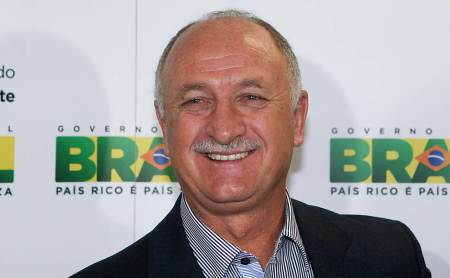 Brazil on Thursday officially announced Luiz Felipe Scolari as their coach to lead them through to the 2014 World Cup finals on home soil, replacing Mano Menezes, sacked last week.

The Brazilian Football Confederation (CBF) named 2002 World Cup winner Scolari for a second spell at the helm as he targets a sixth world title with the auriverde in 18 months time, using next year’s Confederations Cup, also in Brazil, as a springboard.

“Our sole commitment is to seek out and offer the best for our football and it is in this vein that we have chosen these two great champions, respected not just in our country but worldwide — Felipe Scolari and Carlos Alberto Parreira,” CBF president Jose Maria Marin told a news conference.