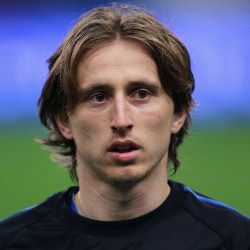 The Sun has reported that the Croatia international star is due to meet Spurs chairman Daniel Levy at 5pm to ask for a move to Chelsea who have already had a £22million bid rejected.

The former Dinamo Zagreb midfielder is adamant he wants the move and despite Spurs’ stance, it is unlikely they can now keep hold of him.

Modric, 25, signed a new six-year deal at the club two months ago but now sees his future elsewhere.