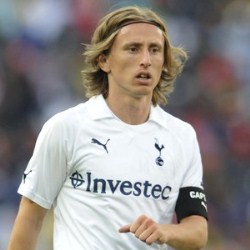 It has been revealed by BBC Sport reports that Tottenham midfielder Luka Modric has not handed in an official transfer request to leave White Hart Lane.

The 25-year-old Croatia international star has hinted he would like to join Chelsea, who have had bids of £22m and £27m rejected this summer and are considering a third attempt later this week.

However Spurs chairman Daniel Levy remains adamant his club will not sell Modric.

It had been thought Modric had handed in a transfer request, but it is now understood that this is not the case and Tottenham do not expect him to do so.

Modric’s agent has also previously said that the Croatia international has no plans to hand in a request to leave north London.