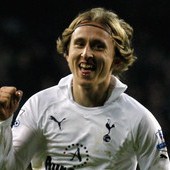 Luka Modric has admitted that he hopes for a move to Manchester United.

The People reported that the Tottenham playmaker has turned his back on Chelsea – and will head to Manchester United if he moves this summer.

The £40 million-rated Croatian midfield star is believed to have told pals he’s glad he didn’t quit Tottenham for Chelsea last summer especially after watching the turbulence and instability at Stamford Bridge under new boss Andre Villas-Boas.

Chelsea made two bids for Modric last summer which were both turned down by Spurs chairman Daniel Levy who insisted Modric stayed.