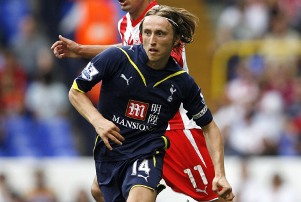 Tottenham manager Harry Redknapp has revealed that he has midfielder Luka Modric’s comeback game scheduled for later this month.

Local newspapers have reported that Croatia international, Modric, is hoping to resume full training this week and make a first-team return for Tottenham against Wigan on November 22.

Modric has been sidelined since the end of August, when he suffered a broken leg against Birmingham following a clash with Lee Bowyer.

The Croatian superstar midfielder was hoping to be back in action at the end of October, but it was reported that his leg was still tender and that he was unable to resume training.