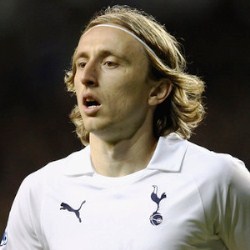 Tottenham playmaker Luka Modric has declared that they will go to Manchester City to attack.

Both sides look strong favourites to qualify for next season’s Champions League, with the title now the obvious target.

“In the last two seasons, we’ve played in massive games there.

“I hope we’ll do well and maybe win – why not? We will go there in a positive frame of mind and try to win. We do that against every opponent.”