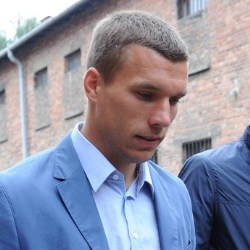 It has been revealed that Lukas Podolski cannot wait to get started with new club Arsenal.

The German international striker has been given time off following Euro2012 in which the Germans finished third but is now back in training and is looking forward to his first season outside of his homeland.

“I’m looking at a different championship in England now and I hope that we’ll be competing towards the top of the table,” Podolski told reporters.

“I don’t know if it will be enough for the title but I want to have a successful season.

“I’ve been looking forward to this challenge, the club and the fantastic fans for a couple of weeks now.

“I’m raring to go and get started on July 21st [the club’s first friendly against Borehamwood] and I hope that I will have four great and successful years in London.”

Arsenal Target Steven Nzonzi On The Verge Of Blackburn Exit


Chelsea Drop Out Of Race To Sign Theo Walcott