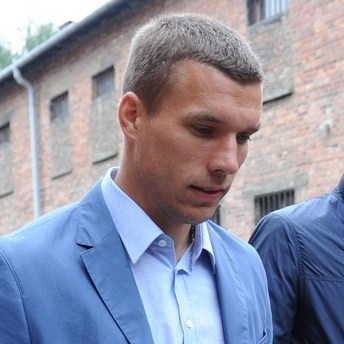 Lukas Podolski is excited about returning to Poland to compete at Euro2012 with Germany.

The new Arsenal striker was born in Gliwice, southern Poland, before moving to Germany when he was two where he became a citizen.

Despite Germany’s group matches being played in Ukraine, Podolski is hoping Die Mannschaft can make it through to the knockout phase so he can set foot in his country of birth and achieve success with his adopted nation.

“Tournaments are always something special to me. They are very attractive, just like the matches, the stadiums and the atmosphere,” he told Arsenal Player.

“I think I played well in the last couple of tournaments and contributed towards the results. I want to do exactly the same now in Poland and Ukraine.

“[I have even more confidence] because Euro 2012 is staged in Poland, the place of my birth.

“Our first three matches are in Ukraine, but if we finish first in our group then the quarter-final will be staged in Poland.”