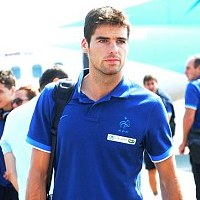 It has been reported that former France international Eric Di Meco is backing Lyon ace Yoann Gourcuff to make the right move in January.

The 26 year old attacking midfielder is up for sale and wanted by Arsenal boss Arsene Wenger.

“Having done what he had at Bordeaux, I expected him to move to a team challenging for titles that he would help become champions,” Di Meco told RMC Sport.

“Gourcuff is not someone who leads a team and takes them to the top, like Lyon are asking of him. He doesn’t have the mentality to do that, but if he has a coach that trusts him and if he is in a good environment then he can flourish.”