It has been revealed that Tottenham Hotspur and Manchester City have reportedly made enquiries regarding Corentin Tolisso. 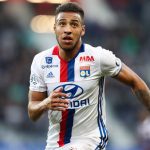 According to L’Equipe, via a Tweet from Get French Football News, the Premier League pair are significantly keen on the 22-year-old midfielder.

Tolisso, who has also been linked with Arsenal, BarcelonaJuventus, recently mentioned that the English top flight and Italy’s Serie A are of ‘particular interest’ to him.

More regarding this transfer rumour is expected on Thursday.